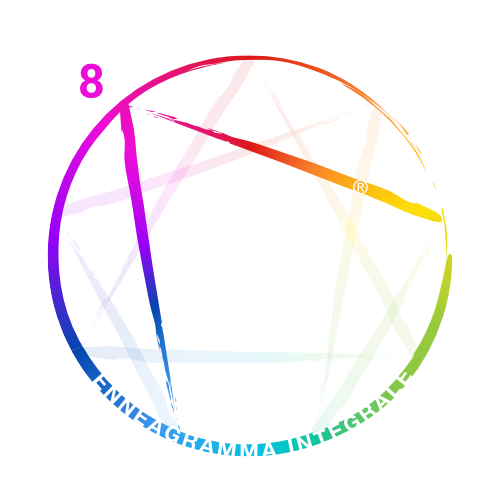 Point Eight puts us in touch with the desire to be autonomous and assertive. It invites us to take our life in our hands.

Point Eight represents the archetype of power and vigour. It is the part of us that strives to be autonomous and have adequate personal resources to manage one’s life, drawing on inner strength with resourcefulness.

When we experience the high qualities of this point we feel self-confident, vital, full of energy, solid and robust. We love the intensity of every moment, every moment is fresh, vivid and immediate. We want to take our place on this planet, assertively, empowered to face the challenges of life.

Point Eight is part of the intelligence Center of the Belly and instinct. People with this dominant personality type are oriented towards autonomy and action.

Type Eight wants to be self-sufficient and influential. His core value is a fairer world, in which the empowerment is equally distributed. He is passionate, pragmatic and capable of fighting for others and supporting them in emancipating themselves. He wants to live his life affirming and exposing himself in a direct and concrete way.

At his best he is a person who knows how to govern and support what he wants and desires. He is assertive, direct, frank, determined and persistent and wants others to be the same. He feels attractive, full of resources and with a strong inner impulse that guides him and authorises him to action. He is a constructive, esteemed and respected natural leader who risks for others by protecting and supporting them with his strength. He is a responsible builder who engages fully in whatever he does, takes situations in hand and brings what he undertakes to fruition.

When type Eight loses connection with his inner sense of strength and vigor he feels the need to defend himself and rule his life and destiny so as not to be harmed.
He begins to believe that for surviving the best defence is attack and that he will be listened to only if he imposes himself.
He becomes excessively attentive just to try to make room for himself, convinced that a justice postponed is a justice denied. He strives to always be a rock, convinced that he does not need anyone and that others need him.
Then everything becomes a question of power, he tries more and more to prove his strength through the action and realisation of his enterprises. He becomes authoritarian, strategist, challenger and decision maker. He is a rude individualist, a pragmatic, enterprising and daring businessman. He believes that others are not decisive enough, he wants results, he is grumpy, nagging, insistent, very intense, impulsive, bold, reckless and even foolhardy.
To be self-reliant and independent, he works hard, takes risks, denies his emotional needs and is often seen by others as a callous and bossy person, although this is not how he perceives himself.

The reactive emotional environment that matures, the passion of this type, is lust. Lust is the dependence on intensity that leads to exaggeration. It is more than sexual desire, it is a relentless pressure on the satisfaction of pleasure and selfish needs. It is to consider others as objects of one’s desires, useful for one’s satisfaction or as obstacles to what one desires.
This reactivity leads type Eight to believe that his strength depends on the power he has over the environment and on making things go the way he wants. It makes him insensitive to himself and to others and does not allow him to recognise the violent impact he has on other people. The more he tries to assert his power and command, the less he feels listened to and respected, and he feels he must intensify his physical, emotional and mental drive.
He justifies his arrogance more and more and this leads him to impose his will and point of view on everyone. Everything is a test of will. It uses people, destabilizes them and makes promises that it does not keep. He wants to be boss and master, oppresses and cheats. He demands obedience and loyalty and asserts his authority by becoming brash, brusque, defiant and crude. He is a quarrelsome, hostile, very combative and belligerent opponent, sometimes even violent.

Type Eight at his worst needs to feel more and more invincible, unassailable and invulnerable. He believes that others are weak, he despises them and cheats them. He is a ruthless, cruel, immoral and violent predator who feels betrayed and betrays. He believes that everything has a price and that only the strongest are right. He feels omnipotent, he is megalomaniac and sadistic, a boundless, impetuous and devastating fury that makes its own laws in a dictatorial way. He ends up in isolation and with the sense of helplessness and vulnerability that he fears.

Point Eight of the Enneagram invites us to take our life in hand and puts us in contact with the desire to be autonomous and assertive. To contact this inner dimension, it is necessary to accept one’s vulnerability and the inability to voluntarily and totally control life and the environment. When we are human and sensitive we have a very strong impact on others and our influence is lasting. When we surrender to a greater will than our personal will we can maintain empathy and connection with what we feel and are more compassionate and magnanimous.

THE MOST FAMOUS TYPE EIGHTS