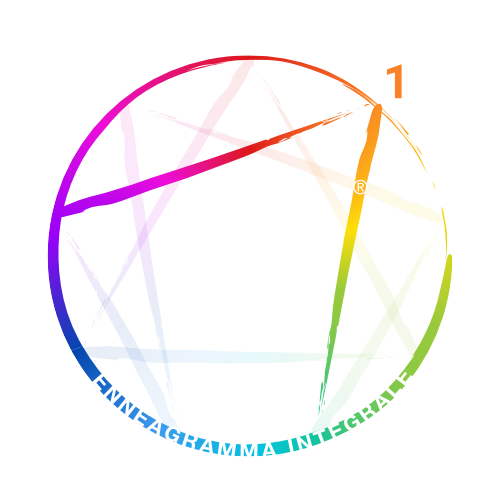 Point and Type One
Alignment and Integrity

Point One puts us in touch with our desire to improve and evolve. It invites us to be wise and able to discern.

Point One represents the archetype of the just and the virtuous. It is the idealistic part of us that strives to achieve high moral principles, invoking a higher order and abiding by fair laws and norms.

When we experience the high qualities of this point we feel upright, pure and aligned with the sacred. We feel an inherent sense of goodness, righteousness and grace in which everything is balanced and proportionate. We want to grow and be mature, humanly and spiritually adults, in service of the good, the ethical and the virtuous.

Point One is part of the intelligence Center of the Belly and instinct. People with this dominant personality type are oriented towards autonomy and action.

Type One wants to be a good person. His core value is a better, good and honest world. He is passionate and committed to what he believes in, and with his intense energy he fights to make his ideals real and concrete. He wants to live his life according to a vision and a high good.

Type One at his best is a conscientious, moderate, tolerant and sensitive person. He is oriented towards values ​​and morals, capable of being just, impartial, equitable and responsible. Evaluate rationally and objectively and seek a reasonable and sensible approach to things. He is a hard worker, has solid personal beliefs, a strong sense of right and wrong and a great insight of the perfection of nature and the natural order of things. He feels he has a mission to accomplish in life, he’s an activist type who uses belief and judgment to control and direct his actions.

When Type One loses connection with his inner sense of alignment, balance and integrity, he feels the need to straighten and correct himself and others.
He begins to believe that perfection is a goal to be achieved and a process guided by the inner judgment of absolute right and wrong.
He becomes overly attentive to doing the right thing, strives to always be upright, objective and fair, ever more committed and disciplined according to these established criteria. He wants to educate and teach by example.
Then everything becomes a question of superiority, a continuous adjustment and avoiding any mistakes by controlling and containing his instinctive energy, holding back and stiffening. He strives to be more adult and mature than others, calculates how to regain integrity, develops specific opinions and ideas increasingly fixed on what is good or bad. He feels a strong obligation to fix anything that he thinks is not working as it should and believes that no one is able to do that job better than him.
To remain firm in his own principles, he proves to oneself that he is worthy, avoids error and blame and he is often seen by others as rigid and too controlled, although this is not how he perceives himself.

The reactive emotional environment he matures, the passion of this type, is wrath. Wrath is a rationalised and restrained form of anger that simmers when things are not handled in the way we deem appropriate. It is holding on to resentment and frustration for what is considered wrong and out of place and the effort to try to correct them in order to restore ideal balance and integrity.
This reactivity leads type One to believe that his value depends on upholding and confirming very high moral and excellence standards. He pushes him to strive more and more to improve and become an ideal and perfect human being. The more he strives to reach levels beyond what is really possible, the more he feels he is never doing well enough and frustrated.
He justifies his resentment, irritation and anger more and more. This leads him to be increasingly afraid of making mistakes and being misled by his impulses and emotions, to increase control of himself and of others, to become opinionated, presumptuous and pedantic. He projects his inner judgments on others, criticising them and often pointing out in an indirect and ambiguous way the error and the lack he believes cannot go unpunished.

Type One at his worst needs to seek out, point out, highlight and punish the defectiveness of the world. He believes that others have to change and becomes a very judgmental, demanding and strict perfectionist with himself and with others. He is austere, uncompromising, moralistic, dogmatic, punishing. He condemns, tortures, punishes to get rid of sinners or eliminate the offensive object and the apparent causes of his obsession and his emotional chaos. He ends up doing the opposite of what he preaches and causing or becoming himself the imbalance and disorder he fears.

Point One invites us to be wise and able to discern and puts us in touch with our desire to improve and evolve. To contact this inner dimension it is necessary to accept reality for what it is instead of struggling with it. We need to welcome our humanity, recognise that we are not in a position to judge anyone and anything and be kind to ourselves and to others. Only then it is possible to feel lighter, more peaceful and inspired.

THE MOST FAMOUS TYPE ONES