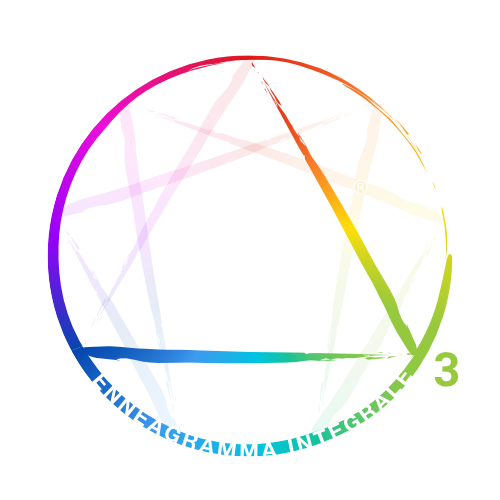 Point and Type Three
Worth and Realisation

Point Three puts us in touch with our desire to be valuable and show our and others’ talents. It invites us to take pleasure in our being precious.

Point Three represents the archetype of glory and value. It is the part of us that strives to make one’s life come true and to achieve success and admiration through commitment to work and achieving results.

When we experience the high qualities of this point we feel part of a radiant, brilliant and precious world where everything is interconnected and where everything manifests itself and always works in an excellent way. We want to fulfil who we really are, to develop and make the most of ourselves.

Point Three is part of the intelligence Center of the Heart and emotion. People with this dominant personality type are oriented towards relationship and image.

Type Three wants to be competent and efficient. His core value is a motivated and productive world. He wants to do something, he is industrious and stimulated by having goals to be achieved successfully. He wants to live his life to the best it can be, to carry out projects, ideas and tasks in an organised and effective way.

At his best he is a person believing in himself and his worth. He feels wanted and happy to be who he is. He is a determined and goal-oriented type, a role model, energetic, committed, diligent, tenacious, confident and competent. He is a good communicator, charismatic, admirable, charming, courteous and able to adapt to the environment’s needs. He is a motivator who recognises and honours the value in his own and others’ abilities and who stimulates to improve to always be the best that one can be.

When type Three loses connection with his inner sense of value and preciousness, he feels the need to demonstrate his worth to himself and to others and to create and maintain admiration.
He begins to believe that his value depends on what he does, on the goals he reaches and on the winning image he presents to the world.
He becomes increasingly career-oriented and concerned about his performance, eager to stand out, to be noticed and valued. He finds ways to get consent for what he does, what he knows, and what he owns.
Then everything and everyone become objects to be used to feel successful. He confuses maniacal work with productivity and package optimisation with the quality of the content. He is a social climber who has to outshine his colleagues and friends to be first and foremost and who sees the value of others as useful for his success.
To feel that he is not left behind, to shine and have greater prestige, he becomes competitive and pushes tenaciously towards achieving one result behind the other. He is often seen by others as fake, constructed and opportunistic, although this is not how he perceives himself.

The reactive emotional environment that matures, the passion of this type, is deception. Deception is believing that we are the ideal image that we try to present and become. It is the desperation of feeling important that pushes us to manipulate ourselves to improve our appearance and receive admiration. It is pursuing goals and activities without asking why they are important, nor the real motivation that supports them.
This reactivity leads type Three to believe that changing appearance and mask according to the situation is a positive quality of adaptation that allows him to be whoever is needed. The more he tries to present a successful image that does not correspond to his real desire and the harder he works to feel fulfilled, the more he gets lost in the role he plays and feels obliged to keep.
He tries more and more to impress others for the achievement of his goals. This leads him to manipulate and fascinate others and pretend in a credible way, to continuously promote himself, not to allow himself to stop, fearing that the image he has built will collapse. He is studied and premeditated, calculating and dishonest. He is critical and intolerant of the inefficiency and disorganisation of others who threaten the position or favours he has built for himself.

Type Three at his worst wants to be successful at any cost and is ready to do whatever is necessary to safeguard the illusion of his superiority and victory. He is immoral and unprincipled, he betrays, sabotages and maliciously exploits people as objects. He hides, conceals, falsifies, defames and divides. He is ambiguous, devious, untrustworthy and deceptively envious of others. Nobody has to discover his mistakes and wrongdoings and he does whatever it takes to back up his fraudulent claims. He really ends up being the failure he fears.

Point Three invites us to take pleasure in our  preciousness and puts us in touch with our desire to enhance and manifest our own and others’ talents. To contact this inner dimension it is necessary to recognise that our value is intrinsic and that it does not depend on the positive gaze of others and that we are not unique actors. The more we are true and honest with ourselves and with others, the more our doing is in harmony with our being, with enthusiasm and in a way that is useful to the world.

THE MOST FAMOUS TYPE THREES