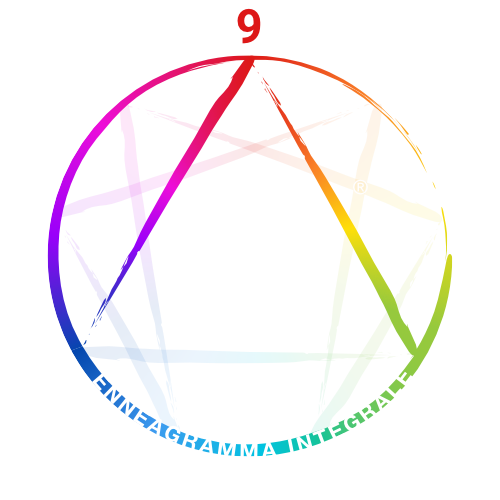 Nines are accepting, trusting, and stable. They are usually creative, optimistic, and supportive, but can also be too willing to go along with others to keep the peace. They want everything to go smoothly and be without conflict, but they can also tend to be complacent, simplifying problems and minimising anything upsetting. They typically have problems with inertia and stubbornness.

At their Best: indomitable and all-embracing, they are able to bring people together and heal conflicts.

We have called personality type Nine The Peacemaker because no type is more devoted to the quest for internal and external peace for themselves and others. They are typically “spiritual seekers” who have a great yearning for connection with the cosmos, as well as with other people. They work to maintain their peace of mind just as they work to establish peace and harmony in their world. The issues encountered in the Nine are fundamental to all psychological and spiritual work—being awake versus falling asleep to our true nature; presence versus entrancement, openness versus blockage, tension versus relaxation, peace versus pain, union versus separation.

Ironically, for a type so oriented to the spiritual world, Nine is the centre of the Instinctive Center and is the type that is potentially most grounded in the physical world and in their own bodies. The contradiction is resolved when we realise that Nines are either in touch with their instinctive qualities and have tremendous elemental power and personal magnetism, or they are cut off from their instinctual strengths and can be disengaged and remote, even lightweight.

To compensate for being out of touch with their instinctual energies, Nines also retreat into their minds and their emotional fantasies. (This is why Nines can sometimes misidentify themselves as Fives and Sevens, “head types,” or as Twos and Fours, “feeling types”). Furthermore, when their instinctive energies are out of balance, Nines use these very energies against themselves, damming up their own power so that everything in their psyches becomes static and inert. When their energy is not used, it stagnates like a spring-fed lake that becomes so full that its own weight dams up the springs that feed it. When Nines are in balance with their Instinctive Center and its energy, however, they are like a great river, carrying everything along with it effortlessly.

We have sometimes called the Nine the crown of the Enneagram because it is at the top of the symbol and because it seems to include the whole of it. Nines can have the strength of Eights, the sense of fun and adventure of Sevens, the dutifulness of Sixes, the intellectualism of Fives, the creativity of Fours, the attractiveness of Threes, the generosity of Twos, and the idealism of Ones. However, what they generally do not have is a sense of really inhabiting themselves—a strong sense of their own identity.

Ironically, therefore, the only type the Nine is not like is the Nine itself. Being a separate self, an individual who must assert herself against others is terrifying to Nines. They would rather melt into someone else or quietly follow their idyllic daydreams.

Nines demonstrate the universal temptation to ignore the disturbing aspects of life and to seek some degree of peace and comfort by “numbing out.” They respond to pain and suffering by attempting to live in a state of premature peacefulness, whether it is in a state of false spiritual attainment, or in more gross denial. More than any other type, Nines demonstrate the tendency to run away from the paradoxes and tensions of life by attempting to transcend them or be seeking to find simple and painless solutions to their problems.

To emphasise the pleasant in life is not a bad thing, of course—it is simply a limited and limiting approach to life. If Nines see the silver lining in every cloud as a way of protecting themselves from the cold and rain, other types have their distorting viewpoints, too. For example, Fours focus on their own woundedness and victimisation, Ones on what is wrong with how things are, and so forth. By contrast, Nines tend to focus on the “bright side of life” so that their peace of mind will not be shaken. But rather than deny the dark side of life, what Nines must understand is that all of the perspectives presented by the other types are true, too. Nines must resist the urge to escape into “premature Buddhahood” or the “white light” of the Divine and away from the mundane world. They must remember that “the only way out is through”.

THE MOST FAMOUS TYPE NINES